Here you can see the latest news from the life of Atomic Spa: 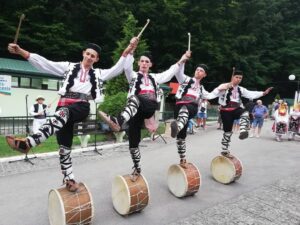 Cultural summer in the atomic spa 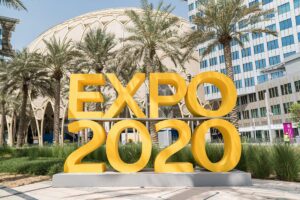 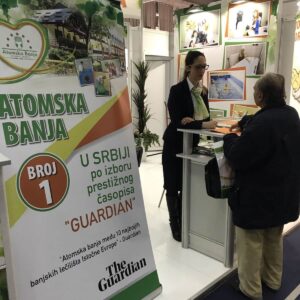 ATOMIC SPA AMONG THE BEST IN EUROPE 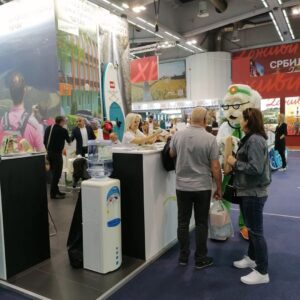 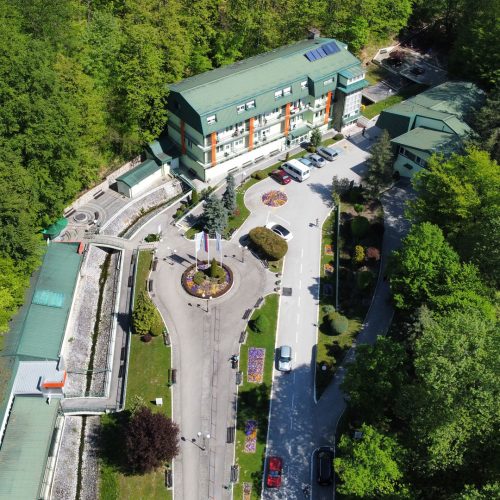 Just 140 km far from Beograd there is located a unique Atomska Banja. It is surrounded by forested hills and mountains at the altitude of 460 m and represents one unique oasis of harmony and silence. It can be said that it is positioned in a triangle between cities of Čačak, Gornji Milanovac and Kraljevo with distance of 18 km from Čačak, 9 km from Gornji Milanovac (via Vujan Mountain) and 140 km from Beograd via new highway Miloš Veliki (about 1 h and 30 minutes of driving).

Homeopathic features of Atomska banja Gornja Trepča are well known since time immemorial, supposedly since the Roman age. In 1890 there was constructed the first spa bath, so this year is considered as official start of the spa tourism. At the beginning of 1970 the Balneology Institute from Beograd, after conducted physical and chemical analyses of the thermo-mineral water, included the Gornja Trepča in the list of natural spas. The Atomska Banja was privatized in 2008 and fully renovated, while the conditions for rehabilitation were brought to the level of European standard. At the beginning of 2012 the new building Vujan was completed giving wholly new dimensions regarding rehabilitation and accommodation capacities. During 2010 here was founded the Special Hospital for Rehabilitation in the Atomska Banja aimed at treating patients suffering rheumatic and neurological diseases.

Atomska Banja is specific regarding its balneology features. Thermal mineral water in the Atomska Banja is mildly alkaline, hydro-carbonated, with trace elements and acratothermal. Temperature of the water is 29.8°C. This is one of the most studied thermal mineral waters in the territory of our country, and the first analyses had been done in 1904 (Dr. Zege, Dr. Nikolić).

This water is true rarity due to its specific physical and chemical characteristics. Concentrations of micro-elements, macro-elements and radioactive components, including their ratio, result in specific medicinal effect especially to nerve and muscle tissues. . The effectiveness of the rehabilitation offered by this institution has been confirmed by clinical studies that were conducted in previous years and included patients suffering from multiple sclerosis and rheumatic diseases.